We’re having a conversation with a client at the moment who have an issue that’s familiar to many. They would like to spend less on energy. However, their site has had very little in the way of the improvements that are needed to realise this. As their production has increased, they’ve also found themselves going over their agreed capacity. Why, then, is this a problem? After all, they’re only paying for what they’re using and that reflects the additional production and increased bottom line.

Most people will know that every Half-Hourly metered site has a Maximum Import Capacity (MIC). More commonly it’s shown on the bill as Capacity and is charged at either £/kVA/month or p/kVA/day. The bills we’ve seen recently show it falling anywhere between around £0.60/kVA/mth up to as much as £1.70/kVA/mth. Traditionally, exceeding your capacity has only resulted in paying further multiples of this amount, i.e. simply paying for what you’ve used.

In less than one months time, you will see yet another new charge on your bill. Following a decision by OFGEM in 2014, DCP161 is being introduced. It is aimed at helping suppliers better manage capacity and therefore taking pressure off the grid. As described above, any excess has so far been proportionate. Going forwards, significant penalty charges will be levied. So far, these are only estimates, however, the table below gives a clear indication of what the impact is likely to be. 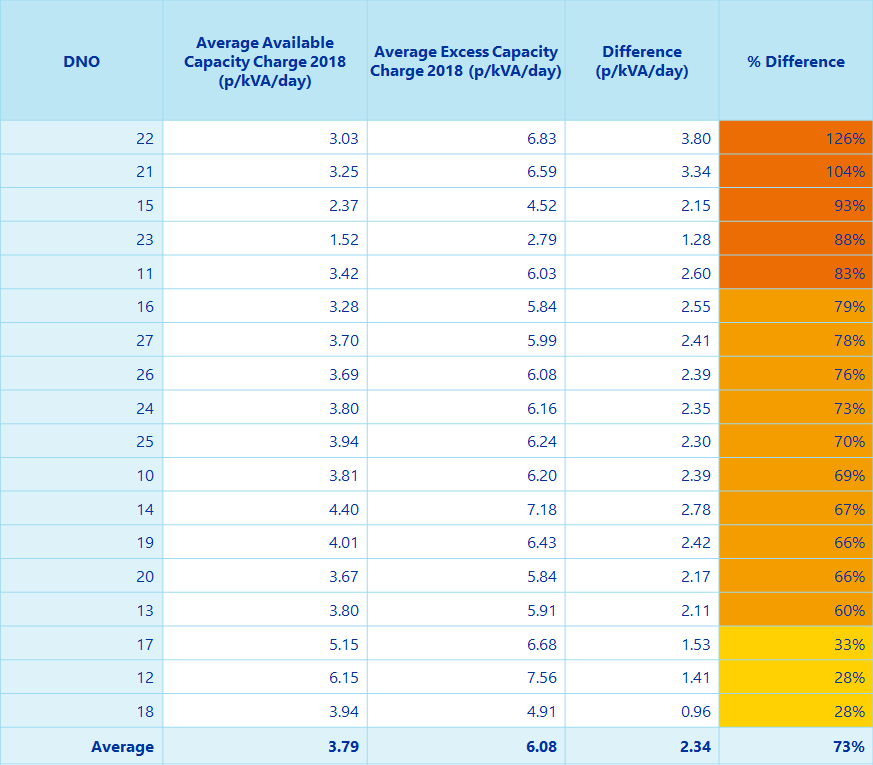 What can I do about it?

Reducing energy consumption, although not always a strategic item for most businesses, does feature highly on the to do list. However, in this case, it’s not necessarily about reducing the number of kWh consumed. This focuses solely on the peak demand of a site. Suppliers and brokers are suggesting that you increase your MIC. Even if it is available at all, it’s only a short term fix because you’ll be paying them for that extra capacity forever. You might also have to pay large arrangement fees for obtaining the additional supply as well. There are, however, several ways in which you can reduce this figure to ensure you remain within your existing limit.

All of the above falls within our portfolio. We can help you not just for the short term, but going forwards. DCP161 is only one of several increases to happen this year. Capacity Market Levies rise significantly in 2018 and will continue to do so for several years to come. All of these fall under the umbrella of non-commodity charges and these will form an increasingly higher percentage of the costs going forward. Contact us now to find out how we can help.